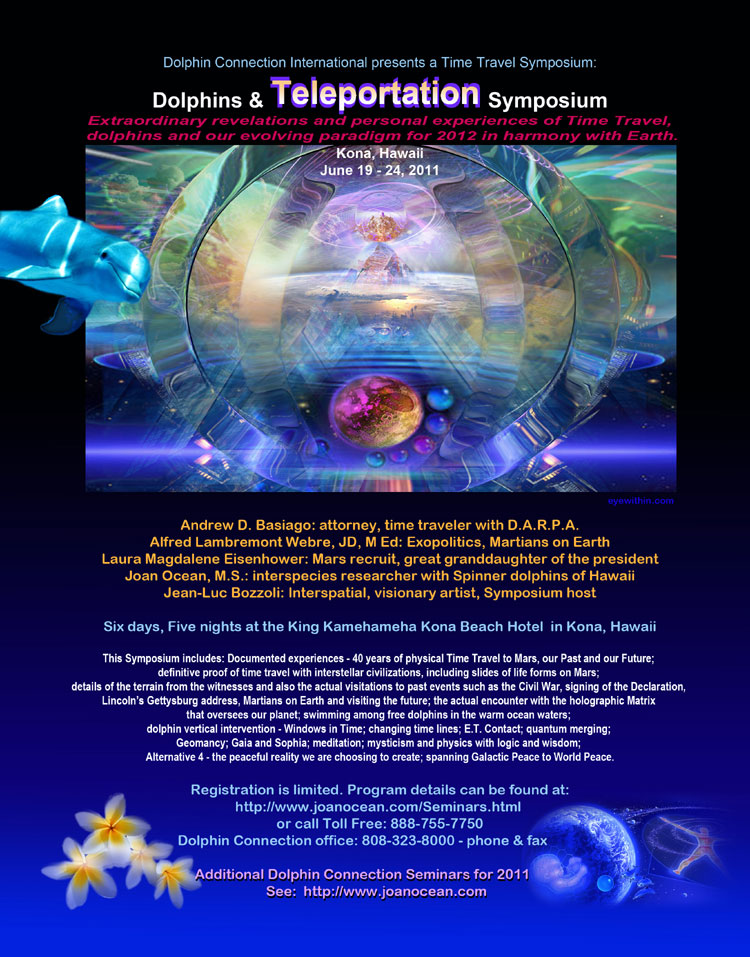 Lilou's interview with Joan after the Dolphin Symposium

Listen to internet radio with awakeningzone4 on Blog Talk Radio

IMAGES FROM THE SYMPOSIUM & NEXT DIMENSION SEMINAR 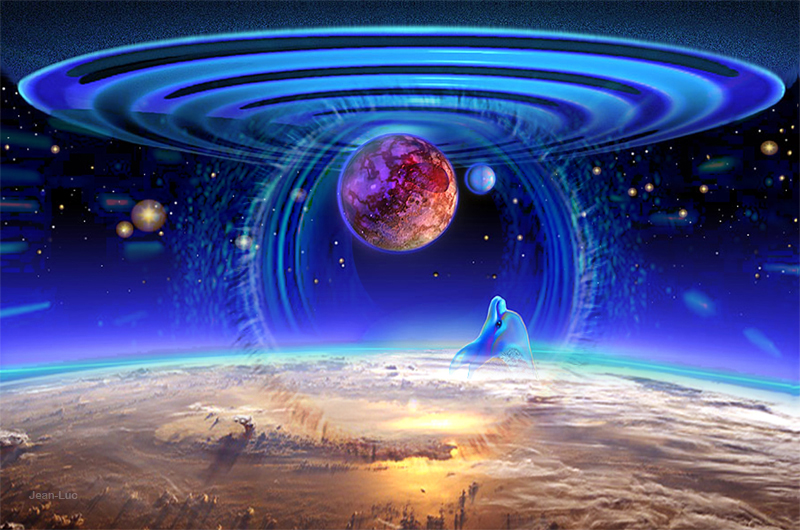 A personal letter from Joan Ocean:

I recently had the immense pleasure of meeting 3 people who happen to be friends with each other, and are on the cutting edge of interspatial technologies regarding our abilities to travel in time. Because the dolphins have demonstrated this fascinating ability with me, I have a natural desire to learn more about it. The dolphins that I befriended 22 years ago have the capacity to swim alongside us for hours and in that tranquil, trance-like state, entrain our mind into Oneness with them. At that point we can experience their world. The dolphins have taken me time traveling into the future (Dolphins Into The Future, 1997, pgs.174-181) and they have shape-shifted with me, allowing me to experience their multidimensional reality of great Joy and Harmony. Through these experiences I have learned that humans have what it takes to enjoy this transdimensional world when we are daring enough to go there and explore it. 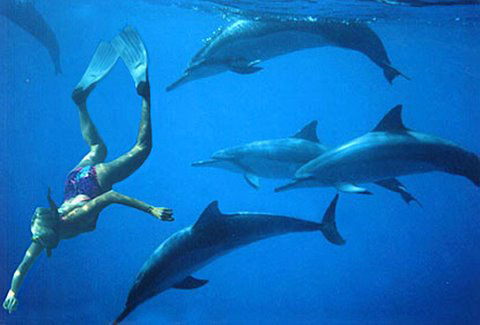 We will join the dolphins in the gentle warm waters learning directly from them while experiencing their unconditional love.
And then we will come together in a beautiful oceanside setting to share our personal experiences and to hear the actual life stories of time travel to Mars from our expert Speakers and co-leaders with Joan and Jean-Luc. Their story is one of synchronicity and divine guidance. Living in different parts of the northern hemisphere, these people were unexpectedly brought together to complete a specific task of revealing galactic civilizations other than our own, to Earth's population.
Their story of how they came together and what they were tasked to do, will amaze, inspire and then comfort you. It is a reminder of the greater world that works within us in a benevolent way when we are willing to step forward without fear of reprisals, and without prejudice and judgment.
At this Symposium, we will be deeply touched, while immersed in love, appreciation and inspiration.

*Symposium = A conference with experts in a particular field discussing their topics;
and where the participants from the audience can share their experiences as well. 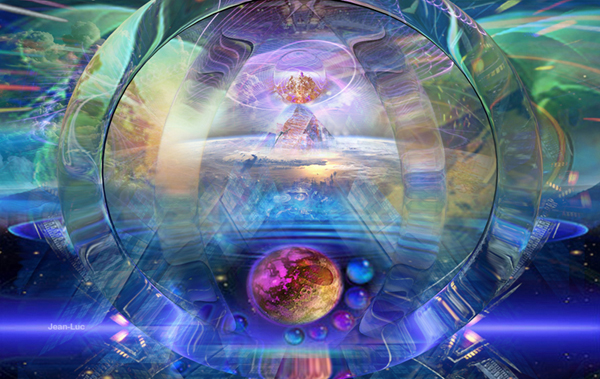 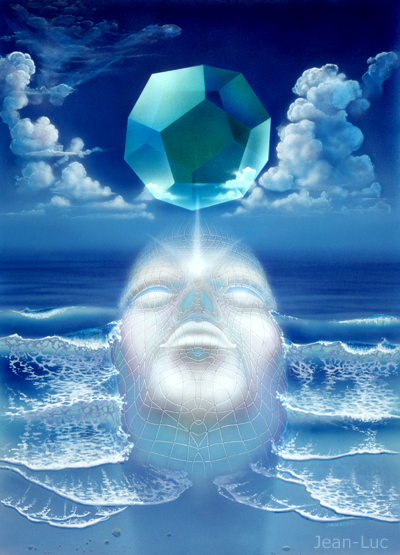 IN 2005 Mr. Webre published a book, "Exopolitics: Politics, Government and Law in the Universe" that was subsequently discovered in 1972 when the scientists of that era were experimenting with time travel accessing the future. The engineers involved in this classified work, which included teleportation to Mars in, 1972, were interested in Alfred's book as a reflection of the human race in the year 2005 and in particular with the new research being conducted into the field of Exopolitics which originated with Mr. Webre. Also included in Mr. Webre's seminal book is a section about human contact with Mars.
Biography of Alfred Lambremont Webre 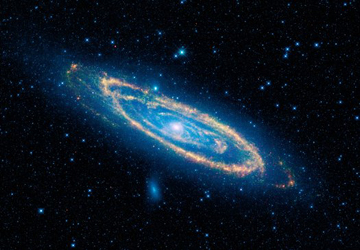 In the 1960's, Mr. Basiago was a boy aged 6 who was one of a small group of children who were chosen to be part of a time-space scientific, military exploration to past and future events via teleportation. The program was named: Project Pegasus and it was administered by DARPA, the central research and development organization for the United States Department of Defense: Defense Advanced Research Projects Agency (DARPA). As a child, he served from 1969 to 1972 in DARPA's time-space program. He confirms that the United States has been teleporting individuals to Mars, to our past and to the future, for decades, and recounts the awe-inspiring trips that he took to Mars in 1981, at age 19 and 20, after he was tapped to go there because he had experienced teleportation as a child participant in Project Pegasus.

While learning to teleport to various locations in America, Andrew often sat in the company of his father, a military career man who was a key participant in meetings regarding sensitive subjects such as time travel. It was in one of these meetings, in 1972, that Andrew witnessed the discussion of the 2005 book by Alfred Webre; Exopolitics: Politics, Government and Law in the Universe - brought into the present (1972) from a travel experience into the future.

He also was shown by his father, a copy of a manuscript that he, Andrew would write when he was in his 40's. It seemed incongruous that Andrew as an adult and a practicing attorney in the state of Washington, would also be a researcher and author on the classified subject of Life on Mars, publishing his manuscript on the Internet, freely available, delineating a detailed summation identifying life forms revealed in photos of Mars taken by NASA.

Andy met Alfred in 2008 when he revealed the memories of his childhood experiences in Project Pegasus and the significance of Alfred's Exopolitics book.
Biography of Andrew D. Basiago 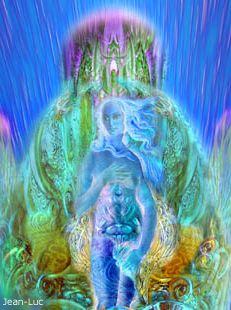 Laura is a brilliant, soul-reaching teacher and healer, recognized by clients, psychics and spiritual societies, as a living global oracle and true archetype of Sophia-Magdalene on Earth. She is also the great-granddaughter of President Eisenhower and since childhood has felt a profoundly strong calling to serve humanity and assist us in breaking free of old paradigms. Continuing both the Eisenhower and Magdalene legacies; she has faced hidden forces and agendas in order to protect humanity from larger global crises. She has done this while retaining her sense of humor and maintaining a deep faith in the human race. Growing up around political leaders and influential people, Laura easily discerned her own unique nature and when she was approached to leave Earth and settle in a colony on Mars in 2006, she chose to remain on this planet until the secrecy around the settlements on Mars are revealed and the opportunity is made available for all of humanity to travel there via the Teleportation Stargates that exist now. Ms Eisenhower will not rest until justice and peace on Earth is established as well as our re-connection with the vast Universe, including all races, star systems and dimensions.
Biography of Laura Magdalene Eisenhower

INCLUDED WITH THE SYMPOSIUM: 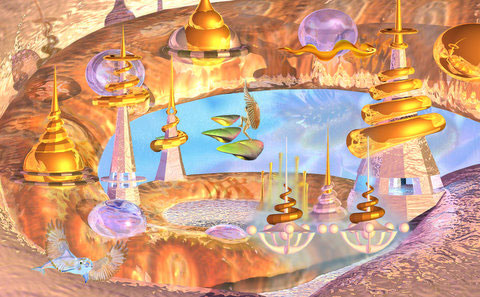 A Deposit of $400 is required to guarantee your space.
The Balance is due on April 19, 2011 two months before the start of the Symposium.
Thank you!

For non-lodging rates contact the office: 808/ 323-8000
eMail: Joan@joanocean.com
CANCELLATON POLICY
If you need to cancel for any reason, please notify us right away.
We will return the monies you paid minus a $100. Registration fee.
There are no refunds for late arrivals or early departures. 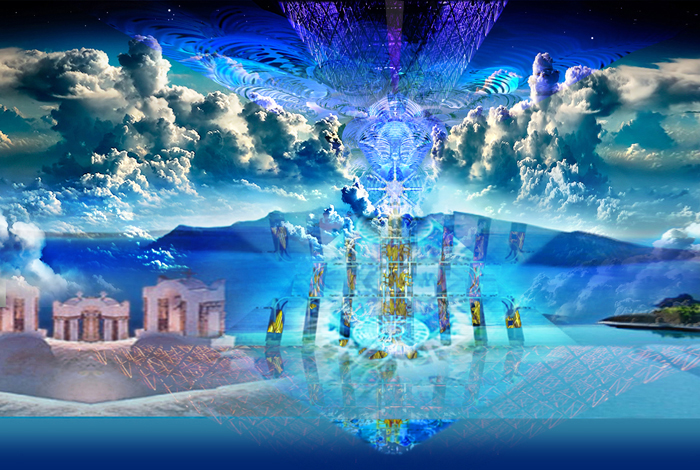 Hawaiian Seminars take place on the Kailua-Kona coast, Big Island, Hawaii.
Make your flight reservations to Kona-Keahole International Airport (KOA).
The SYMPOSIUM begins Sunday at 1:00 pm with registration in the Ballroom of the King Kamehameha (Ka-may-ha-may-ha) Kona Beach Hotel in Kailua-Kona. The taxi drivers know the location of this historical landmark resort.
There are many airlines available for easy traveling from cities around the world. Some flights go directly to Kona Airport from mainland America; some of the flights take you to Honolulu, Oahu. From there, you can take a local 30 minute flight to Kona.

Take a taxi to the King Kamehameha Kona Hotel. The ride will take 15- 20 minutes and takes you to the heart of Kailua-Kona town where there are many restaurants, shops and beaches. If you need to rent snorkeling equipment there are many places along Alii (A-lee-ee) Drive for that. We recommend our associates at Jack's Diving Locker 75-5813 Alii Drive, Kailua-Kona. (808-329-7585). Remember to ask for snorkeling fins not scuba fins which are usually bigger and heavier. And we recommend the IMPULSE brand snorkel. On the day of departure, the Symposium ends at noon-1:00 pm, Friday. Remember to allow time in your schedule for check-out, gear return and travel to the airport when making your flight reservations.

IMPORTANT: Please mail or fax us as soon as possible, your signed Liability Waiver with your food preferences for lunches on the boat, swim skills, emergency contact numbers and health needs.
We need this to order sandwiches and to determine the number of water safety swimmers we will need to hire to assist our group. We also need to know if you are traveling with someone who is also attending the Symposium and will share your room with you, because we will be assigning a roommate for you, unless you have paid for a private room. Shared accommodations at the King Kamehameha Hotel are included in your seminar fee: $1550.
Thank you so much!

Important things to do immediately:

1. Check that you have a picture I.D. and/or passport for traveling.
2. Reserve your space at the Dolphins and Teleportation Symposium
3. Book your flights. Are you staying extra days? Do you need a car?

If you prefer to arrive a day or two earlier than the beginning of the Symposium, or would like to stay longer after the Symposium, the King Kamehameha Hotel offers a discounted rate for you. For those extra days, contact the Hotel directly and let them know you are with the Joan Ocean-Dolphin Symposium Group: 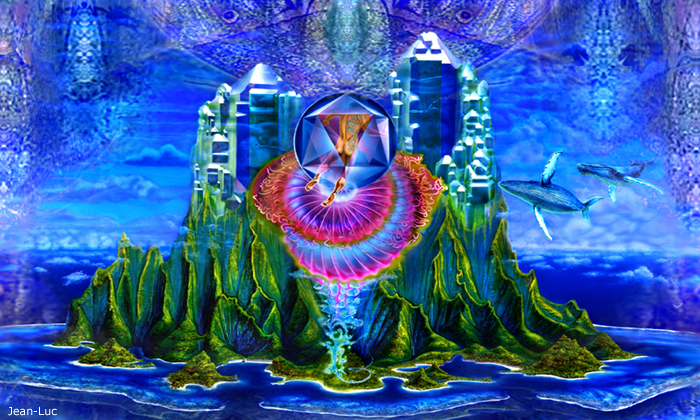 Sunday, June 19th beginning at 1:00 PM - Registration in the Ballroom 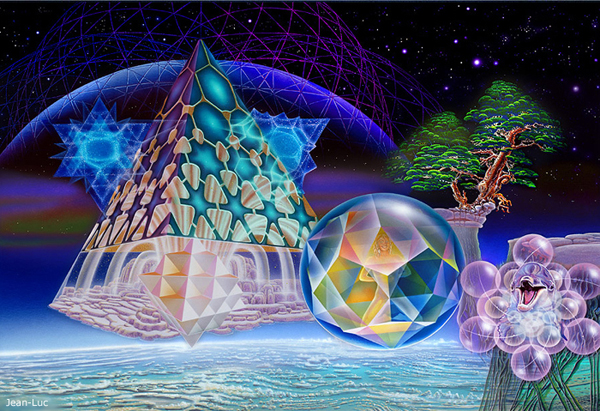 'How I Empower the Positive Timeline'
Ms. Eisenhower writes: "I have endless thoughts and ideas, action plans and solutions and can link our ancient history, wisdom, divine blueprints and evolution into present time - knowing that a golden future is a result of us being able to harness our creative power and our highest potential through a deeper and more intimate knowledge of our roots and the hidden aspects of truth that are out there.
"I am aware of what it takes to reach our ultimate goals and protect the integrity of consciousness, and what is required of us to truly have freedom and justice in this world. I have access to technologies, plans and truths that can restore our planet and am connected to many who are already actively working on preventing Global Crisis and who are manifesting all the necessary change.
"I wish to draw attention to the things that are most important for our world right now and hope to steer our creative power into the causes, projects and understandings - that create the greatest shift both internally and externally.
Laura Magdalene Eisenhower

Many people registering for the Teleportation and Time Travel Symposium in June, asked if there would be a follow up workshop to continue the discussions and experiences of entering parallel realities and to enjoy even more time with the dolphins.

Therefore we are offering this additional opportunity to be together with like-minded people, to introduce further experiences of time travel and to assimilate the mind-enhancing experiences and wisdom of the Teleportation Symposium and visit parallel timelines.

This Workshop is entitled THE NEXT DIMENSION, and is open to everyone whether you attended the Symposium or not.
RETURN TO HOME PAGE